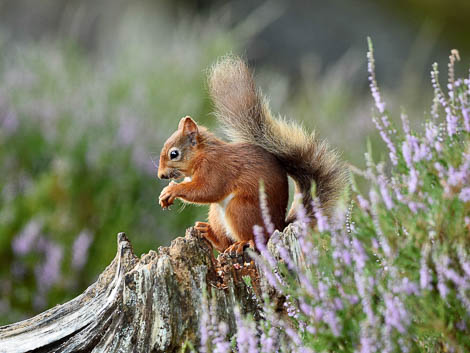 The Red Squirrel Survival Trust (RSST) was delighted to announce the winners of its inaugural photography competition.

Entitled ‘Squirrels Through the Seasons’, the competition attracted more than 250 entries from the Scottish Highlands to the Isle of Wight.

Guest judges included Brian Stokoe, one of the twelve finalists in the BBC’s Countryfile Photographic Competition, and Stuart Walker, an award winning photographer from Cumbria.

A public vote held through RSST’s social media platform chose the four category winners from which the judges picked the overall winner.

The four winners each received £50. One winner put their prize to good use by investing in squirrel feeders for their local area.

This entertaining photographic competition is scheduled to become an annual event  giving people of all ages from all over the UK the opportunity to engage in the campaign to save our native red squirrel from extinction.