Stories that encourage and inspire the work of Volunteers

Below are four inspiring stories about work that has been

undertaken for the protection of red squirrels,

they are both encouraging and well worth reading.

Helen Butler MBE has been a passionate red squirrel activist for over 30 years. She has
been the driving force of their conservation on the Isle of Wight and in 1993, she founded the
island’s first red squirrel group, the Wight Squirrel Project (WSP).
Since this time, this voluntary group has made huge strides in helping to grow squirrel
populations on the Isle of Wight. One of their current initiatives is a monitoring project, to
research and map the area and gain a better understanding of how the island’s red squirrels
use their habitats. The group also identifies areas which may benefit from additional tree
planting. As part of this programme, the WSP have initiated garden surveys and are inviting
people with gardens or woodlands of over one acre, or those with smaller, adjoining gardens
with trees, to contact them and have their land surveyed. 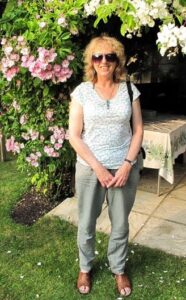 The WSP have a tremendous team of dedicated volunteers, however they are always happy
to hear from new people to discuss how they can get involved. As Helen explains: “Over the
last three decades we have seen a huge growth in the squirrel population on the Isle of
Wight, thanks to the support of our volunteers. However, we cannot be complacent. One of
our biggest challenges is finding enough people with the necessary skills to aid our efforts.
If you would like to become part of this important conservation group and volunteer to help
the Wight Squirrel Project, please email Helen on wightsquirrels@hotmail.com
Red Alert Raises Awareness
Set up in the late 1990s, local squirrel group, Red Alert Lancashire and Merseyside (RALAM) was originally founded following the first major outbreak of squirrel-pox in the area, with the aim of protecting the stronghold of Red Squirrels. At present the group is 35 strong, with 15 members involved with the monitoring of Red Squirrels. With an area of around 80 square miles, along the Sefton coast and further inland covering Crosby, Formby and Southport, the group work closely with the Lancashire Wildlife Trust. Together their aim is to help educate the public and mitigate the risk of squirrel-pox outbreaks, as well as further grey squirrel colonisation. 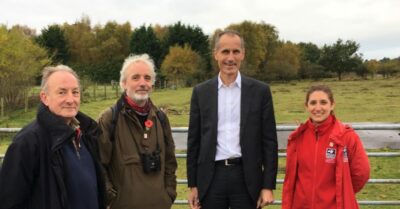 As part of their commitment to protecting this iconic species, one of the key tasks the RALAM carry out is monitoring Red Squirrel transects. The group walk specific routes twice a year in Spring and Autumn, to count how many squirrels, red or grey, that they see. The data is collated and used to track the ebb and flow of squirrel populations in the district.

RALAM are proactive in their approach and are always looking for new members to reinforce their efforts and to help with fundraising as Pete Muldoon, Chair, explains:

“From the outset our mission has been to spread the word about our work. During the squirrel-pox outbreak two years ago we worked with our partners in a supportive role to educate the general public as to how they can support red squirrel conservation in this area of Merseyside and it is encouraging to know that we are now seeing increased sightings.

“As a volunteer organisation we are always looking for volunteers and there are a diverse range of tasks people can get involved with such as leafletting, public events, fundraising, monitoring, and red squirrel orphan release to name but a few. We work closely with the Lancashire Wildlife Trust on their Urban Trap Loan scheme and, sadly, we also collect the sick and injured red squirrels when the grey squirrel-pox is prevalent.”

If you would like to get involved with Red Alert Lancashire and Merseyside or support their fundraising efforts for equipment you can contact redalert.lam@gmail.com for more information.

We would like to introduce you to what is one of the more recently established red squirrel volunteer groups in the UK, the Keswick Red Squirrel Group (KRSG).

This small, fledgling group is part of the Lake District’s Allerdale Group and was formed in response to worrying outbreaks of the squirrel pox virus in the area, and an increasing imbalance of red and grey squirrel populations. The KRSG work collaboratively and in partnership with neighbouring groups, to increase public awareness of the issues being faced by the red squirrels in the immediate surrounding areas. These include the centre of Keswick, Portinscale and Borrowdale to the south. 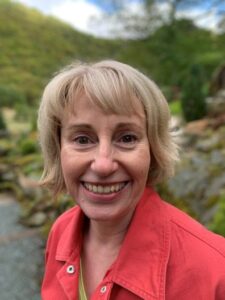 At just over a year since its inception, the KRSG have established themselves as an active group who engage with local people, organisations, and visitors, and have set up a robust reporting system for sightings of red and grey squirrels. Currently, the KRSG has a team of six volunteer rangers and is backed by a very active Facebook group with over 230 members who share their own sightings. Without the dedication and passion of the rangers and their supporters the red squirrels, already an endangered species, might not still exist in this area.

Lynne Roberts, the group’s Coordinator, gives some further background: “We are delighted with the support we have received at all levels. One organisation we have been working very closely with is our local tourism organisation, Visit Keswick, which has helped us to reach much wider audiences than we initially would have anticipated. This is something which I would really recommend to other red squirrel groups looking to engage with visitors to their areas.”

The KRSG has made huge strides in short time, but it is continuously looking for new volunteer rangers and people willing to help with other activities. If you would like to know more and get involved, please contact Lynne at keswickreds@gmail.com

We are proud to introduce Northern Ireland’s Glens Red Squirrel Group (GRSG). Established in 2008, the group is 100% volunteer based and promotes the conservation of Red Squirrels in the area extending from Ballycastle to Glenarm. Working in this Area of Outstanding National Beauty, the group has 15-20 volunteers who actively aim to raise awareness of the plight of the Red Squirrel, and work to ensure their survival. In its early days there were very few sightings of squirrels across these regions. Today however, there are very small areas of the glens where the species cannot be found.

GRSG was the first organisation to carry out translocation of reds, trapping them under license and moving them to an area that had lost its red population. They were also the first group in Northern Ireland to take part in a captive breeding program wherein they supplied Red Squirrels to Belfast Zoo and, later, began to introduce them back into the wild upon the program’s success. Several sites across the country have now benefited from the program which is still going strong today.

GRSG has also established one of the areas.

Chairman and Squirrel Ranger Daniel McAfee has been part of the group since its inception and over the years he has been involved in a number of crucial projects. Recalling his work, he said “My personal highlights within GRSG have included aiding in the translocation of reds to Mourn Park Co.Down and the creation of the country’s first enclosed Red Squirrel viewing hut at Cushendun. When we started the group, very few people knew Red Squirrels inhabited Northern Ireland, but our volunteers have worked tirelessly to raise their profile, while also ensuring their survival.” 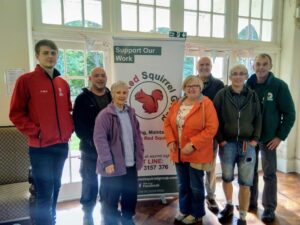 Public education is a huge part of the group’s work, and they are always looking for new volunteers to help at information stalls, school and youth group visits, and leading guided talks and walks throughout Squirreltober each autumn. The group is keen to encourage more members to join, and they are acutely aware of how the next generation’s involvement is pivotal for this endangered native species.