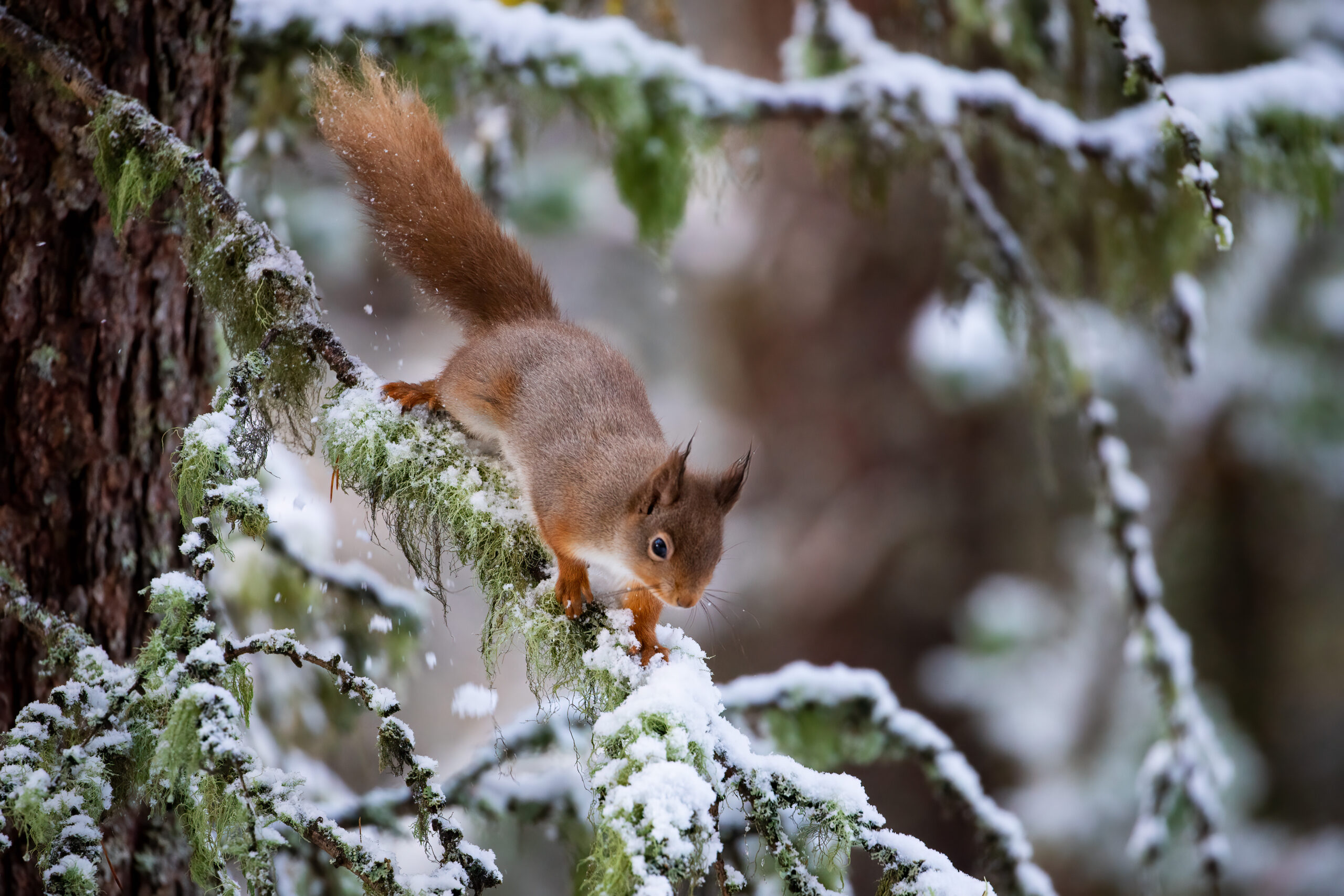 was delightful with a winter coated beauty taken in Glenlivet, Scotland.

The Annual Photography Competition proved to be an enormous success and the Red Squirrel Survival Trust (RSST) is delighted to announce the winners.

Entitled ‘Squirrels Through the Seasons’, the competition has again attracted 250 entries from the Scottish Highlands to the Isle of Wight. Three of the four winners each received £50 and the overall winner received £100 and a years subscription to the Iris magazine, the publication from the Royal Photographic Society Nature Group.

The other seasons in the Category Winners are below: 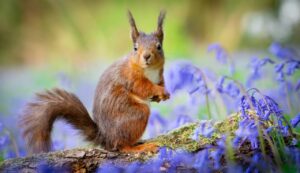 * Spring: Ian Groves, with a red among the bluebells taken on the Isle of Wight. 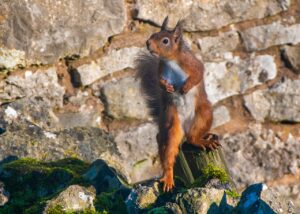 * Summer: Jon Allen with a statuesque red taken from his living room in Great Asby Cumbria 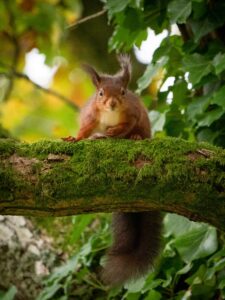 * Autumn: Ruth Chamberlain, with a watchful red in an oak tree in Penrith, Cumbria

This entertaining photographic competition is scheduled to become an annual event  giving people of all ages from all over the UK the opportunity to engage in the campaign to save our native red squirrel from extinction.