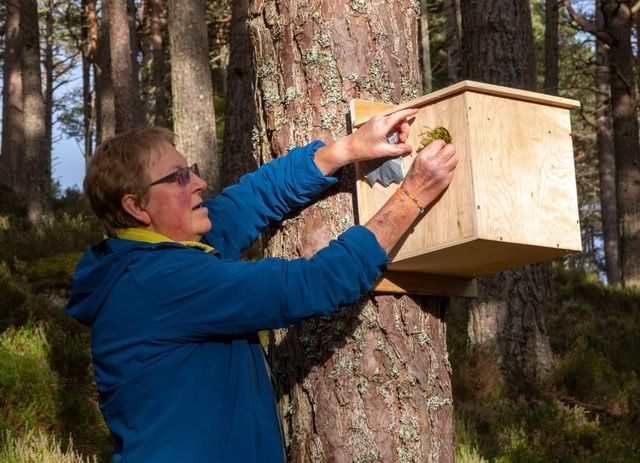 I’m  Glenys Munro, I was born and have lived most of my life in the north of Scotland, with what some might think an unconventional working career. I’ve been a farmer (cut short by losing a fight with a cow), a falconer, worked at a tree nursery, and most recently part of an all female butchers team. I’ve always been in and around nature and when I walk the dogs down along the firth, I am blessed to have all manner of wildlife around me, otters, ospreys and white tailed/sea eagles, which is another species making a welcome comeback. It’s easy to be captivated by it all up here when you have the view that I have each day.

In the summer of 2019, we were contacted by Ross Watson of the Woodland Trust to ask whether we would like to attend a talk by Beck Priestly of Trees for Life concerning the translocation/re-introduction of red squirrels being undertaken across the Highlands. A section of woodland near Loch Migdale was to be the next phase and they needed volunteer help. We last had red squirrels in the area 15-20 years previously, but they had disappeared. No one knew why, as there were no carcasses evidencing a pox out break or anything untoward.

Becky outlined the process and pretty much everyone who attended agreed to join up and take part. The first task was to be ready when the incoming squirrels were arriving, in order to get them quickly to their release sites. It was planned for 20 or so squirrels to be released in two phases. Our new residents would be selectively live captured from existing populations along the Moray Firth corridor from Nairn to Inverness. The trapping began in October 2019, but it proved difficult. That year was a mast year for trees producing seeds and nuts. There was so much natural food around, that enticing the squirrels into traps wasn’t easy. Eventually we got our 20 but it was in threes and fours which meant that we had to do numerous trips into the woodland to release them. We took the transportation/nest boxes and some feeder stations and attached them to trees in pre-selected locations over a number of weeks. Once the squirrels have left the boxes, they don’t return so everything is removed again a few weeks after. Within a day of the first release, I had a young squirrel who I called Junior start to come regularly to my garden feeders. He must have journeyed over three miles to my garden. He’d obviously been used to this in his previous location and it was lovely to see him. The population is thriving and has bred successfully through 2020. I had a sibling pair of kits provide weeks of amusement playing games around the garden feeders.

A condition set by Scottish Natural Heritage to allow these re-wildings is that they must be monitored for 5 years and so that’s what we are now doing. Keeping Ross and Becky up to date with sightings and all manner of observations. Apart from the physical sightings, we’re also using trail cameras to observe. It looks like our little group is now linking with other previous translocations carried out to the west. Another more recent one is underway in Golspie to the east which over time, will provide a continuous band of red squirrel populations from Shieldaig in the west, across and up to Golspie. This will help the populations expand into other woodland and forests.

Having to shield throughout the whole pandemic has obviously been a real nuisance for me but it’s been a huge benefit to be involved in this project and to see them back. 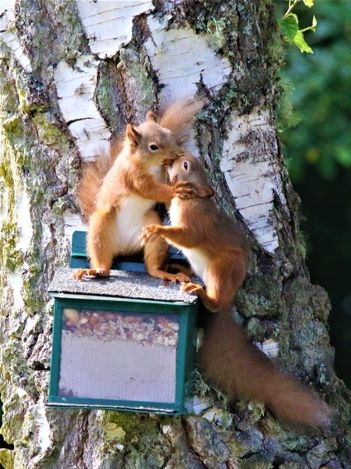 Sibling Kits argue over a cobnut 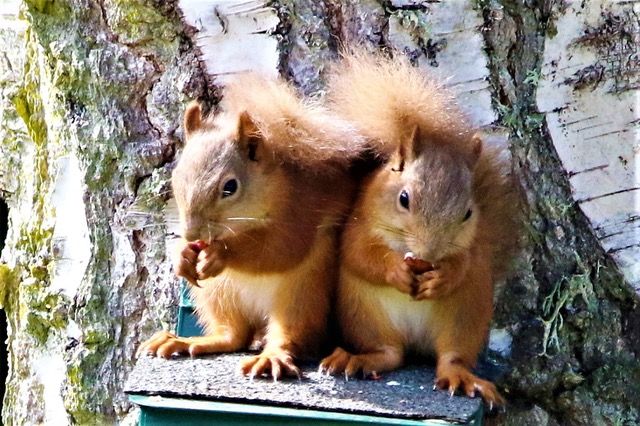 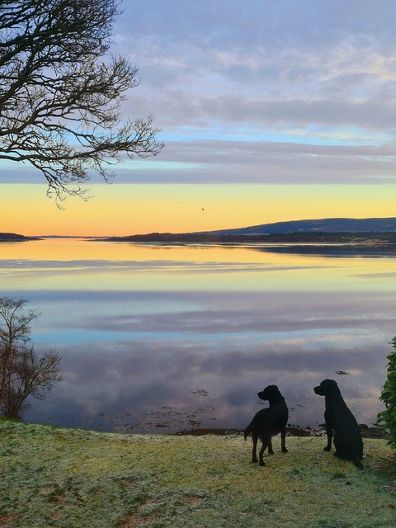 Sharing my beautiful location with my best pals Tilly and Mulzie

To find out more about Red Squirrel volunteering and donations in the Eastern Highlands contact Ross Watson at the Woodland Trust via RossWatson@woodlandtrust.org.uk  or  Trees for Life at info@treesforlife.org.uk

A CHANCE TO READ SOME OF THE OTHERS