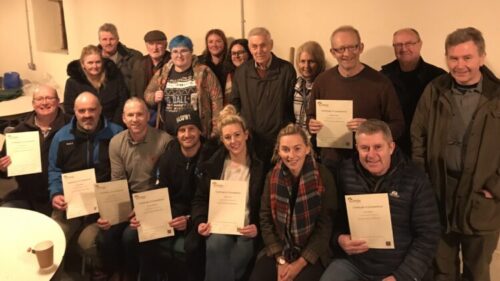 Club members with their LANTRA certificates, organised by Ulster Wildlife

I’m Wilson Johnston. I was born into a farming environment in the Drumlins of Co Down so wildlife and the countryside have always been a big part of my life. After completing a Geology degree, I remained in education and taught for more than 30 years, with an emphasis on the outdoors and nature when the opportunity arose. I’d strongly recommend Denys Watkins-Pitchford (BB) books in particular his Little Grey Men and other children’s books  for getting young ones to start thinking about the countryside and nature.

“The wonder of the World
The beauty and the power
The Shape of things
Their colours, lights and shades
These I saw
Look ye also while life lasts”

After retiring I did some volunteering work for Ulster Wildlife as part of their Red Squirrel Conservation work under the guidance of Shanna Rice and JF Smyth who both gave the HODRSG great direction and advice. I had last seen a Red Squirrel some 45 years or so ago in a meal merchants’ yard on the edge of Ballynahinch Town but until 2018 no reds had been seen in this area. In 2018 we formed ‘Heart of Down Reds’ named with a nod to Betsy Gray, and the 1798 battle of Ballynahinch.  Our aim was to help get the reds back into the woodlands of Mid Down and create a link between The Mournes Red squirrel groups and the North Down Groups. We have 40-50 members, of which 8-10 form a highly active nucleus, and everyone else getting as involved as often as they can. This is quite common in volunteer groups and proves the point that even if you don’t have a huge amount of time to commit, you can still be a valued contributor to the group’s overall effort.

County Down’s small amount of woodland is made up of a mixture of Forestry Commission land, private estates, and smaller farmland plantations. Initially, the grey population needed to be brought under control which is not always easy if the landowner is reluctant to allow control to be carried out.  We now have a significant number of approved control officers but even back then, we got on with the job, aided by the emergence of the Pine Marten about a year or so later. There is no question that the Pine Marten has contributed hugely throughout Ireland to the reduction in grey numbers, but perhaps we need a better understanding of the impact on smaller red populations, particularly on young kits and any captive bred reds that might not be so wise to the danger. It is perhaps not a bad idea for consideration of translocations from healthy Pine Marten/low grey squirrel areas to those where greys are proving tough to reduce.

One of the biggest challenges we face, is how to create the necessary ‘links and corridors’ between woodlands, to allow populations to cross over and breed, maintaining a healthy genetic diversity, across the whole island. Clearly the interagency links especially with agriculture need to be refreshed.

Another challenge is how to develop a younger volunteer influence, and not relying on the next set of retirees, perhaps increasing the focus on the desire to be involved and harnessing the surge in outdoor learning, partly due to the impacts of C19. The pandemic has had an obvious impact on the group’s activities but also on organisations like UW and Belfast Zoo, which has been the mainstay of providing captive bred youngsters for re-introduction. With funding streams being an ongoing issue in all things environmental we would hope that the current desire to reconnect with nature would receive the support it deserves.

We have had many successes to date with reintroductions from Belfast Zoo and subsequent breeding and are keen to get back to our pre C19 levels of activity.  The benefits of being outdoors, the friendships created within HODRSG and the associated health benefits of using all our senses to enjoy Nature while hopefully ensuring that those to come can continue to experience the thrill of seeing Reds bouncing through the treetops is something well worth the time and effort. 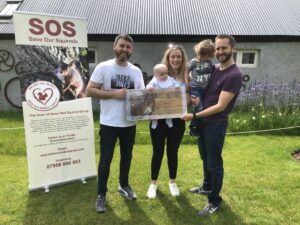 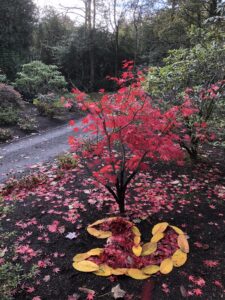 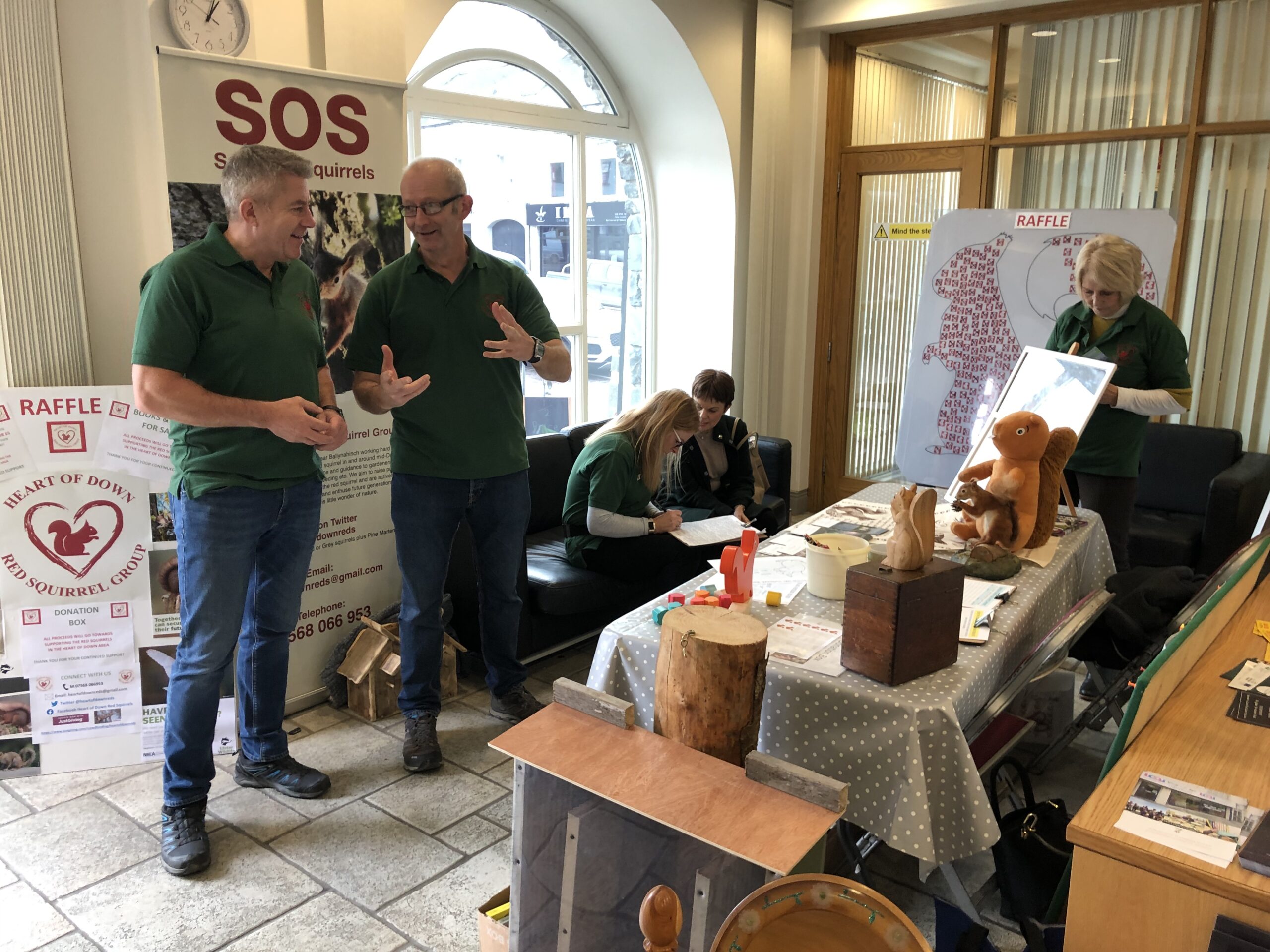 If you wish to help, volunteer, or donate, please contact heartofdownreds@gmail.com  or  Katy Bell Ulster Wildlife Trust at katy.bell@ulsterwildlife.org

A CHANCE TO READ SOME OF THE OTHERS